Sarehole Mill and the Tolkien Connection 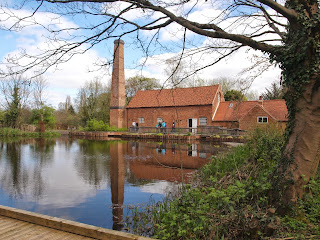 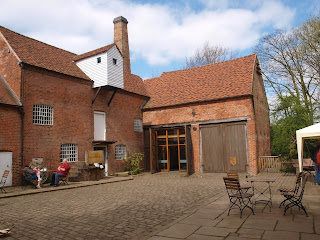 J R R Tolkien lived in nine houses in South Birmingham during his childhood from 1895 to 1911 when he left to study at Oxford. Later in life he said that he drew inspiration for his books from the people and landscape of the city.

Between 1896 and 1901 Ronald Tolkien lived with his brother Hilary and his mother at 5 Gracewell Cottages (now 264 Wake Green Road) in what was then the small rural hamlet of Sarehole. Tolkien said that the time he spent here were the happiest years of his childhood. In an article in the Guardian in 1966 he described the time he spent there as " a kind of lost paradise" and that he took inspiration from the village people when creating the hobbits. 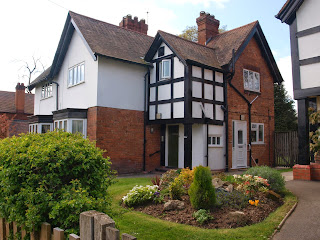 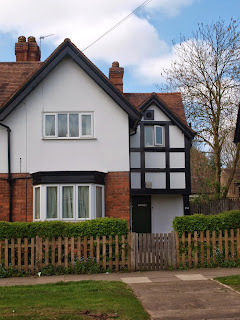 Opposite the house in Sarehole were Sarehole Mill and Mill Pool. Sarehole village itself is believed to have been the model for "The Shire" in "The Hobbit" and "The Lord of the Rings". Ronald and his brother, Hilary, used to explore the grounds of Sarehole Mill and were often chased away by the Miller and his son. They called the Miller's son the "White Ogre". Tolkien contributed to an appeal to save the Mill from demolition in 1960 and it is believed it provided inspiration for the Mill at Hobbiton. 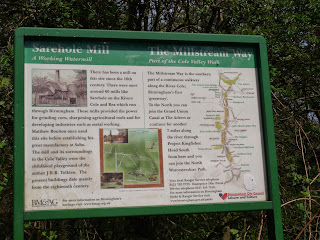 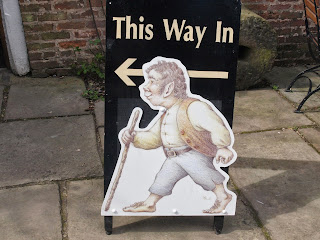 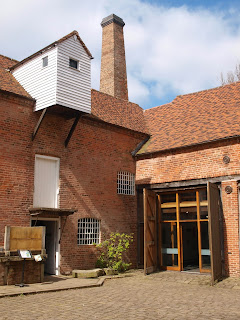 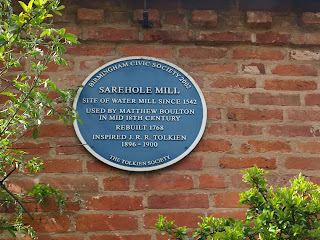 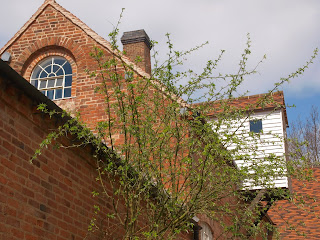 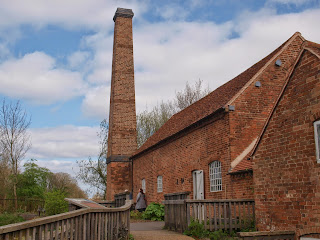 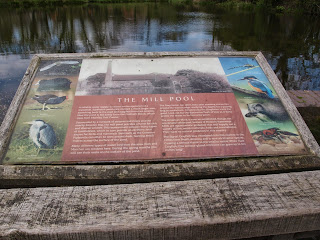 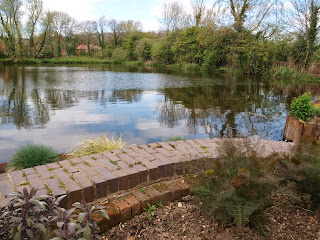 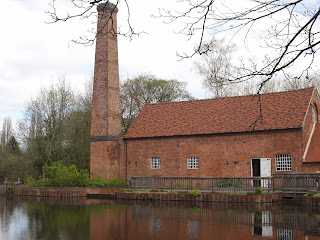 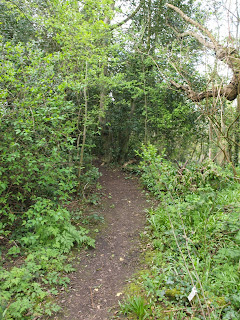 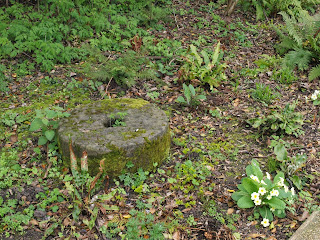 I thought the trees in the next two photos looked like something out of a Tolkien book. 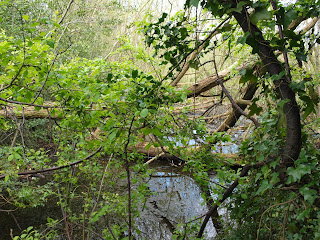 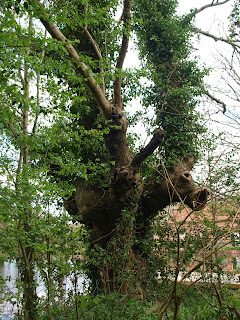 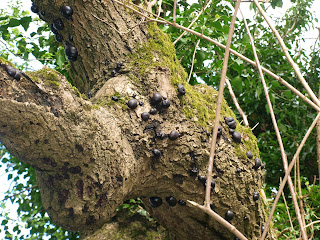 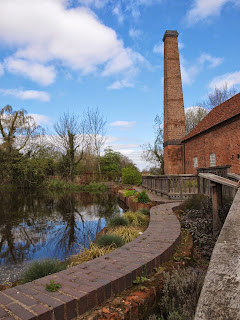 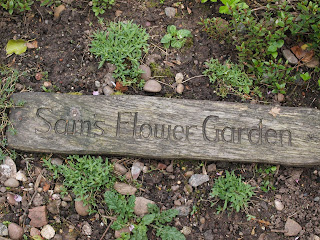 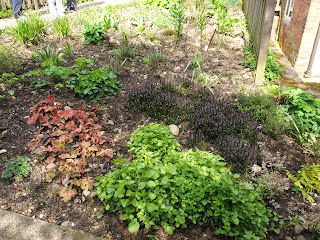 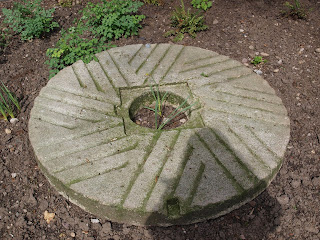 There is a "Signposts to Middle Earth" exhibition at the Mill about the life and works of Tolkien which was very informative.

A large amount of restoration work has taken place recently at the Mill and Mill pool and the mill is now able to mill and produce its own flour (I came home with a small bag to try) and uses the outdoor bread oven to bake bread. Having had a few slices I can confirm it tastes delicious! 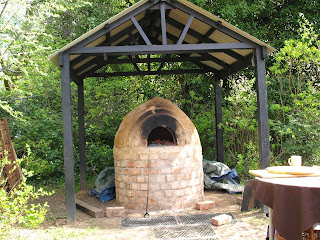 Birmingham once had over 70 watermills but today Sarehole Mill is one of only two that survive in the city. There has been a mill on the site since at least 1542 and most of the current mill buildings date from ~1760 to 1850. Having fell into disrepair the mill was restored in the 1960's.


If you are interested in Tolkien I did write a couple of Posts in 2012 "On the Trail of Tolkien". The first in May was a very similar post to the one above although on that occasion I did go inside the mill and so there are some extra photos. In June of the same year I visited Perrott's Folly and Edgbaston Waterworks Tower which it is suggested may have provided inspiration for Minas Morgul and Minas Tirith, the Two Towers of Gondor, in the second volume of "The Lord of the Rings". The posts can be found under the Archive Blog Posts section if you would like to see them.

Not far from Sarehole Mill is Moseley Bog where Tolkien also played as a child which provided him with inspiration for the "Old Forest". One of these days I will try and visit and show you the Bog which is now a Nature Reserve.
Posted by Ragged Robin at 20:38

That is fascinating seeing Tolkien's home and the area that inspired his work. It does look as though you can still see much of it through Tolkien's eyes i.e. see why he was so fond of it. I love old mills so I'd enjoy visiting Sarehole. The outdoor bread oven looks terrific, too.

Wendy Thanks so much :) Yes, it is a great place to visit and I am sure you would enjoy it :) I'm so pleased they are milling and making flour again :)

Looks like an interesting place to visit. Very attractive house.

Hi RR What a fascinating post. The houses are beautiful. Thank you for sharing.

Margaret Adamson - Many thanks :)

Cool blog posting - Seri and. I shall have to schedule a viait one day, looks loke a grea place - thanks for the inspiration :-)

Kevin and Seri - Thanks so much - I'm so glad you enjoyed. If you do visit Moseley Bog and Joy's Wood look good too and only a few minutes away from Sarehole :) They are are a Birmingham and Black Country Wildlife Trust Reserve these days.

Another great place to see. I remember Sarehole Mill but not sure I ever visited, although it seems strangely familiar....maybe a school trip!

Fascinating stuff. I love Tolkien. It's good to think places like this benefit from their literary connections. :-)

SeagullSuzie - Thanks so much :) I think my son went on a school trip there:) Seems a popular venue!

Countryside Tales - Many thanks :) They have done a great restoration job there :)

Thank you for a lovely post. I have learnt that the fungi growing on an Ash tree near us is King Alfred's cakes.

Sarah Thanks so much. I am so glad the post was useful. Have to admit though its one of the few fungi I can id!