As mentioned in a February post I have set myself a little challenge this year to try and spot 365 different species in the garden this year. As I suspected, February and March have been fairly quiet months as I'd added most of the birds I can expect to see in January and its still too early for many insects to be out and about. During the last two months I've managed to bring my total up to 68 species so I'm about 23 species behind schedule!! 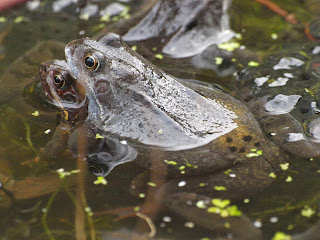 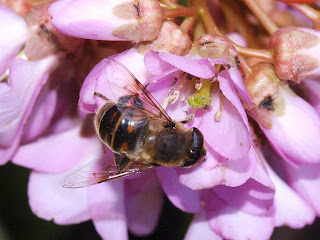 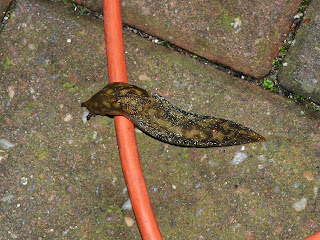 Common Wasp (Vespula vulgaris) - not the best of photos but I had no wish to faff around too much with the camera in such close proximity!!!! 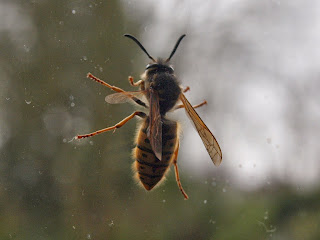 I'm still resisting the temptation to count species planted such as primrose and cowslip!!

I think my only chance of reaching 365 species this year is going to rely heavily on moths and this year has got off to a much better starter than last :) 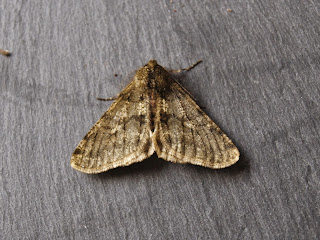 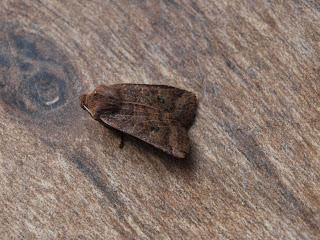 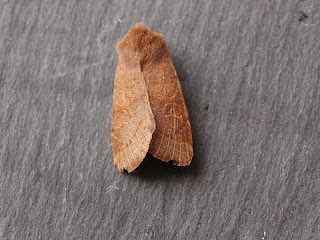 Emmelina monodactyla (I won't post photos of all the moths as most of the pictures you've seen before!) 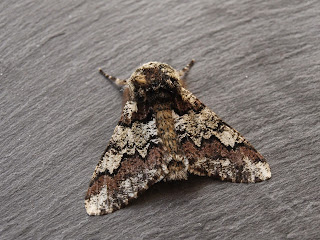 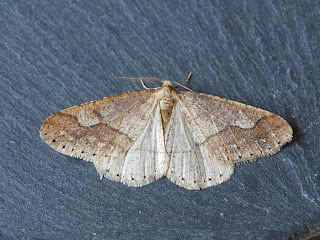 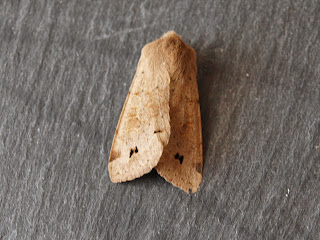 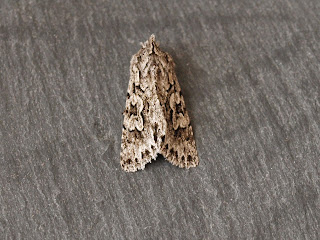 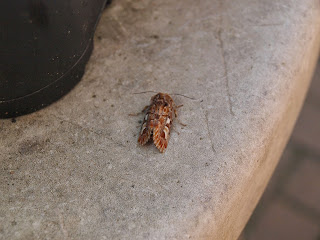 I did see a black millipede which I haven't counted partly because I should have examined it more closely - did you know there are over 60 species of millipede in the UK? !!! and also I've managed to "lose" the photo!

April has got off to a good start and so far I'm back to seeing a species a day. I need to start identifying mosses and lichens this month too.

Apologies for the lack of italics for scientific names - I still can't get Blogger to insert italics and the species are in rather a strange order due to problems with uploading photos in the order I wanted!! Hopefully, identifications are correct but if you spot any errors please let me know!

That's a really interesting challenge for the year and I think you are doing well :-) I'm listing all the plants I can find growing in the garden here- it's already amazed me how many we've got.

This is such an interesting challenge and such a great thing to do to see the variety of wildlife in your garden. I imagine you'll start to see so much more now it's April.

Countryside Tales - Thanks so much :) I do wish I could count all the native species we've planted it would rather boost my total :) I'm looking forward to seeing how our seedball plants etc. do this year :)

I love your challenge. Each one counts. I hope you find that many but if not, it's still a wonderful goal:)

Wendy Thanks so much:) I'm going to struggle identifying some species but I'll try and get more photos this month.

Chris Rohrer Thanks so much Chris :) Its a fun thing to do and hopefully will get me trying to identify species I am less familiar with :)

Nice one, Caroline. The bio-diversity species will start rolling in now. Pretty sure you`ll exceed your target.

WE'll all be cheering you on. I thought your wasp photo was pretty good to be honest. Spring is really coming at last!

Em Parkinson Thanks so much. Really happy that Spring is arriving :) Thanks about the wasp photo. I still haven't worked out the best exposure to use when I have things up against light or a grey sky :(

Dartford Warbler - Many thanks :) Oh yes its a real beauty :) Some people can think moths are boring but so many are just as beautiful as butterflies :)

What a very good sstart you have made in your challenge.

Toffeeapple - Thanks so much :)

Good luck with this challenge Caroline, I'm sure you'll reach the target :-) I love that Oak Beauty, sadly a scarce species in VC61 and one I have yet to record :-( However I'm hoping I'll have better luck in VC62 :-)

All the best and kindest regards :-)

David Turner - Thank you so much :) I don't get many Oak Beauties - from memory this was only my second!! Good Luck in the new Vice County and do hope you trap one :) Definitely worth the wait :)