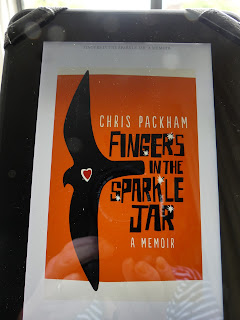 My son uploaded this book to the Kindle and recommended it to me. It is a very moving book and I am glad I read it although I did find it jumped around rather timewise which at times I found confusing! Perhaps that is just my age! It is good to be reminded of a time when children had so much more freedom to explore and Chris Packham is exceedingly honest about his childhood and teenage years. 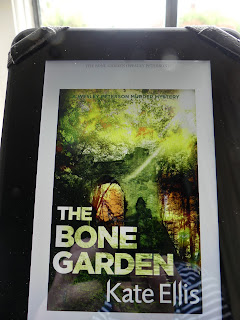 The Wesley Peterson series just gets better and better and, oh joy, there are many more left for me to read. 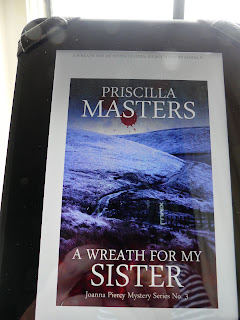 This is another series I am really enjoying - although this is not such a long series. A Wreath for My Sister is book number 3 and I believe there are six in the series. 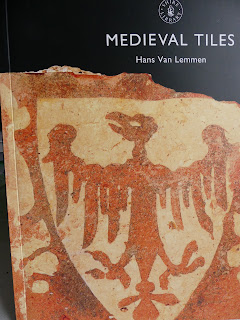 This is the short book I bought at Much Wenlock Priory. It is full of information and a great introduction to the subject. 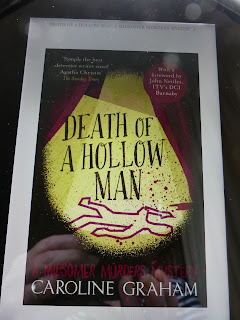 This is number two in the Midsomer Murders series. There were an awful lot of characters introduced in the first chapter and I thought I am never going to remember who is who but following chapters introduce the characters one by one so it was far easier to take in than initially thought. I shall certainly read the rest of the series and then may look into watching the dvd's as I've never watched the tv programmes. 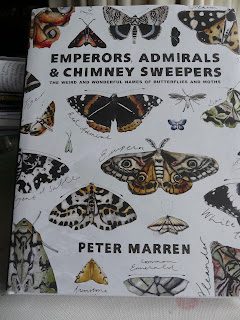 I was longing for this book to be published as I am fascinated with the origin of moth and butterfly names. The book is superb (although expensive!) and full of interesting information. It is a good read and also an excellent reference book although there is a lot of info on moths which may not be such easy reading if you are not familiar with moth species. 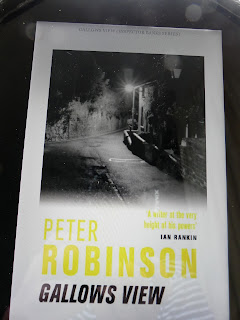 This is the first book in a new series for me and is set in the Yorkshire Dales. I really enjoyed it and must thank Rosie of "Corners of My Mind" again because her lists of books read provide me with constant inspiration when I am looking for a new author to try. 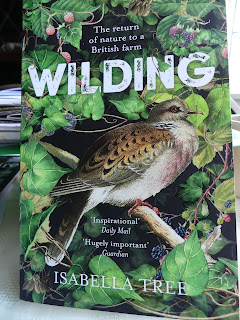 Charlie Burrell and his wife Isabella Tree (author of the book), following years of uneconomic intensive farming, decided that they would take a step back and let nature take over the Knepp Estate in Sussex. The "Knepp experiment" which began in 2003 is a "re-wilding" project where free roaming grazing animals (Old English Longhorns, Red and Fallow Deer, Exmoor Ponies and Tamworth pigs) create new habitats for wildlife. Biodiversity has increased dramatically with dynamic ecosystems and endangered and rare species such as Nightingales, Lesser Spotted Woodpeckers, Turtle Doves and Purple Emperor butterflies thriving. It is a fascinating and very interesting book which is truly inspirational and offers hope for the future. 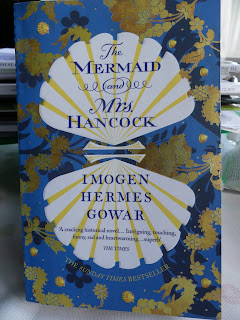 This was a supermarket impulse buy probably because the title of the book appealed to me and it had got good reviews. To be honest for me it did not live up to the hype and I really did not enjoy it very much. The second part of the book when the main female character becomes Mrs Hancock was slightly better than the first half. A word of warning the main character is a courtesan at the start of the story and I personally found the book rather explicit in places. Once finished I took it to the charity book shop as it is definitely not a book I would want to read again. Must admit there was a huge sigh of relief when I had finished it and returned to reading the next Maisie Dobbs novel!

A good variety of reading there. I did not like The Mermaid either, but thankfully only downloaded a sample on my Kindle, so didn't buy the book. I agree re: Chris Packham, children do not spend anything like enough time outside these days, but then back in my day the predatory nature of certain individuals wasn't really the issue it is now. On a Saturday morning I went out the front door and only came back home for food. No one, only me, knew where I was until I came home, usually with something from the wild in tow!

Rustic Pumpkin - Thank you. So pleased someone else didn't like The Mermaid - you had a lucky escape only downloading a sample! I really struggled to finish it! I have similar memories of childhood too! Chris Packham is right as you say - tbh my own two did not have the freedom I had but we did take them out a lot to nature reserves and my daughter went to pony club. Also we are lucky in that the garden is big and "wild" in parts so they were able to find wildlife there. My daughter used to enjoy going to a nature club at Brandon Marsh where you left them to do various activities and also they went out on the reserve and went pond dipping etc. Bat Nights were another favourite. There was a young RSPB group at the primary school which again my daughter was in and I used to help out on outings (actually a rather traumatic experience as I was petrified about losing one of the kids!!). All organised activities though although I did teach them as much about wildlife as I could and we collected feathers, conkers, identified flowers, birds and butterflies etc. My son has retained an interest probably more so than my daughter. In fact he still carried a bug box when we go out to collect unusual insects and get a photo to id later. Insects are released after photo I perhaps should add! :)

Super post. There are fourteen Joanna Piercy novels by Priscilla Masters, I haven't read the last one yet. Glad you are enjoying them also the Kate Ellis and Peter Robinson ones. I've seen Midsummer Murders often but never read any of the books. I must give Chris Packham's book a try. Children did have much more freedom and it's a shame they no longer have that. When we were children we walked the mile to school together, played by the brook and wandered around the woods in the village we lived in as well as having organised nature walks with a teacher during a school day and a huge school field for playtimes. I was very lucky to have that freedom, maybe if we'd stayed in the city I was born in and not moved to the country I might not have experienced that:)

How Chris Packham can do the job he does, being the person he is, is beyond me

Rosie - Thanks so much. Good to know there are so many JP novels to look forward to :) I am enjoying the Midsomer Murder books and there is a lot of detail about the characters involved.We lived on the outskirts of a city when I was little and I too had plenty of freedom to roam and wander. But times were different and there was certainly a lot less traffic on the road! However, I am so glad I had that childhood freedom and we went out into the countryside every weekend where my grandparents taught me so much about nature.

Simon Douglas Thompson - Thank you and I do very much admire Chris Packham especially the stance he takes on issues such as shooting of birds in Malta, Hen Harriers, Badger culls etc. As you say it can't be easy for him at times.

peter robinson is good i much prefer the books to the tv series.... have you read Stephen Booth?

The Quacks of Life - Thanks Pete. I didn't realise there was a tv series!! I have a Stephen Booth on my Kindle and will read when I have finished the Fen Series (DI Nicki Galena) by Joy Ellis. Looking forward to it :)

I, too, was moved by Chris Packham's story. He is an amazing advocate for wildlife and I get upset when people turn nasty toward him.

I am tempted by Peter Marren's book and that of Isabella Tree but will wait for a new credit card month to start...

Thanks for sharing the book informtion, I am always grateful for new directions!

Toffeeapple - Thank you. I agree about Chris Packham and the smear campaigns some organisations and individuals try to start against him are appalling.

I was a bit naughty buying the Peter Marren book as it is expensive! Wilding is brilliant one of the best conservation non fiction books I have ever read.

There's some interesting looking books there. I agree with the book by Chris jumping around a little but I enjoyed it too :) I have a Peter Robinson book in my to read pile, which i'm slowly getting through, just about to finish my first Val McDermid, which is also set around Yorkshire, I don't know why I haven't read one of hers already!

Pam - Thank you. I very much enjoyed Peter Robinson and can empathise with the books to read pile both on the KIndle and piled behind the settee!!! Val McDermid is an author on my list to try - several on my Amazon wish list. I don't like reading too many crime series at once (working through about 5 at the moment) so once one series is finished I may try one of hers.

I too indulged and bought Peter Marren's beautiful book: I like Little Toller as a publisher. I wonder, RR, if you have read 'Mrs Moreau's Warbler: How Birds Got Their Names' by Stephen Moss? I keep thinking I should read Chris Packham's book... Thank you for the tip-off about 'Wilding'.

Caroline Gill - Thanks so much :) Glad you also have Peter Marren's book. I like Little Toller too - so many of their books I would love to buy - I have about 4.

No, I haven't yet read Mrs Moreau's Warbler but I have bought it and is in the "books to be read" pile!! Wilding is superb and as well as the story of the Knepp experiment is full of information.

If I am honest I was a little disappointed in the Chris P book but it is well worth reading and you do have to admire his honesty and feel for him.