It seems months since I did a post on recent reading so here are the latest books read this year.  Quite a selection but some of the non-fiction I started much earlier in the year and they took a long time to read!

"Their Lost Daughters" is the second in the Jackman and Evans series and is a really good thriller with plenty of twists and turns. 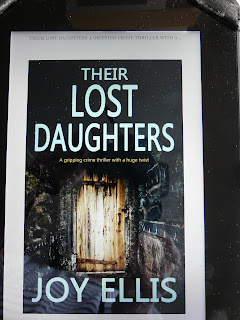 Another enjoyable easy to read book. I really like the Mitchell and Markby books. 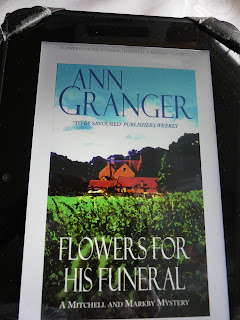 I've been meaning to read a Barbara Pymm book for years and finally got round to buying one for the Kindle. Although a little dated! (set in the 1950's I think) I found it witty and amusing in parts and I will read more of her work. 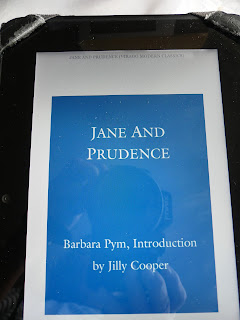 It took me a long time to read "The Inklings" - it did seem a rather long book.  There is very little in the book about Tolkien (the author has written a separate biography on him which I do have and read many years ago).  Obviously I have heard of C S Lewis but I have to admit that many of the other authors covered were new to me which made it quite a difficult read. It was still an interesting book though and I learnt a great deal about the Inklings group of people. 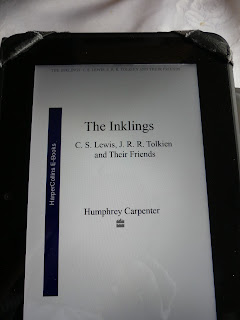 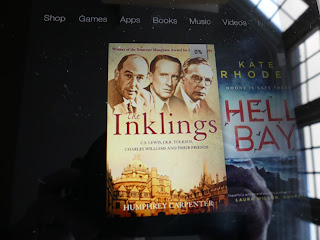 I am always getting ideas of new authors to try from Rosie on "Corners of My Mind" blog and I spotted she had read some of this series. It really was a good book only marred by the fact that the kindle version was dire in its editing. Sentences or paragraphs seem to have been missed out and in many chapters the last few pages are repeated. I have bought the next in the series and am hoping the editing is better! 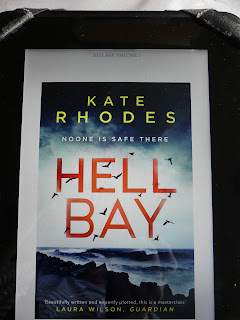 I enjoyed "The Whitby Murders" more than others in the series but it did get some poor reviews from some readers on Amazon. I must admit though it was a little repetitive and far longer than it needed to be. 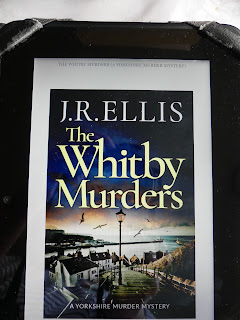 It took me months and months to read The Earth which is strange as usually I romp through Fortey's books and have loved them all.  There again it is quite a few years now since I studied geology and volcanoes, lava and earthquakes were never my favourite topics. I much preferred sedimentary rocks and fossils.  However, once the first few chapters were out of the way I really enjoyed the rest of the book and learnt a lot. 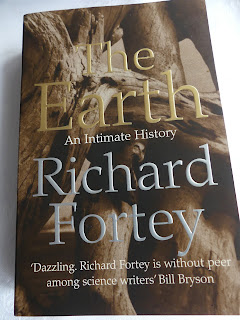 "The Remarkable Pinwill Sisters" is an incredibly good book full of photos. The book covers the life and works of the sisters who were professional lady woodcarvers in an era when this was somewhat unusual. The book is so well researched and the illustrations show many of their wood carvings mainly in Devon and Cornwall. The sisters were so very talented. The book just made me want to visit Devon immediately to see some of the churches where their work can be found. The author should really be congratulated on this sumptuous book. 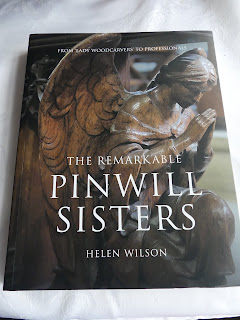 I never fail to enjoy a Wesley Peterson book and this was no exception.  Thank goodness there are more in the series! 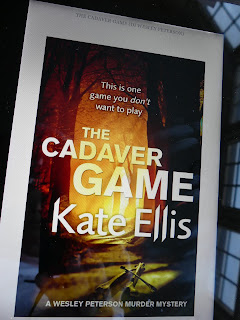 My son recommended this book to me.  It is really funny in parts but at other times poignant and sad as it describes the changing world of local journalism in recent years and the closure of so many local papers which did such an important job in producing local news.  It was strange for me to read this book in a way as it was like listening to comments made by my son during his jobs in journalism over the last 12 years or so. 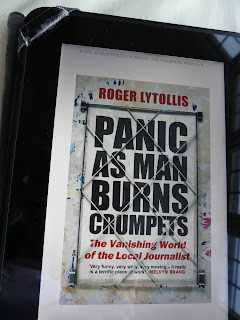 I am still not 100 per cent sold on the Inspector Morse series although this was, for me, more enjoyable than the first two. It could be that I find them too dated and Morse's attitude to women I think is exceedingly irritating at times! But there again life was different in the 1970's. 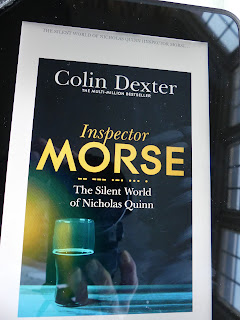 Seeing so many timber framed buildings in Herefordshire I decided to finally read this book which I have had on the kindle for some time.  It is very interesting although for me perhaps it goes into a little too much technical detail at times.  By the way Mandy if you see this post I have found the term "Half Timbered Buildings" in the glossary which was something you asked about in a comment.  It is another term for timber framed construction. In some cases it is used to refer to a building with a stone or brick lower floor and a timber framed one above. 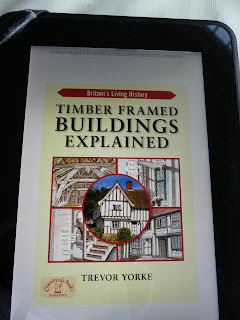 A few weeks ago I gave D a lift to Palmers Rough LNR in Solihull as he needed some photos for his job.  I have a feeling it was one of the places I intended to visit (but didn't) when I was doing a series of posts on Edith Holden (Country Diary of an Edwardian Lady fame) as the woods are not that far from where she lived in Kineton Green.

Palmers Rough was mentioned in the Domesday book and comprises 18 acres of 2 separate mixed broadleaf woods.  It was made a Local Nature Reserve in 2000.  It is located in what is now the suburban area of Shirley. 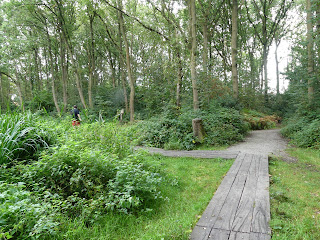 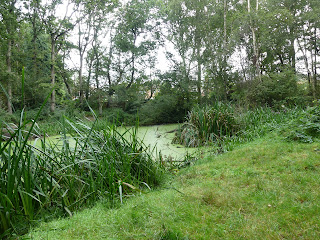 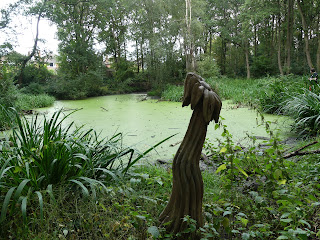 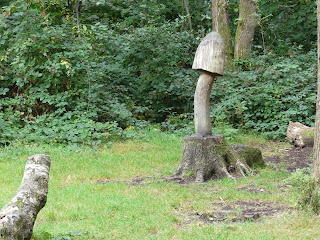 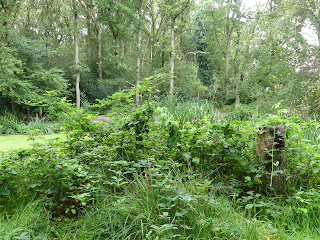 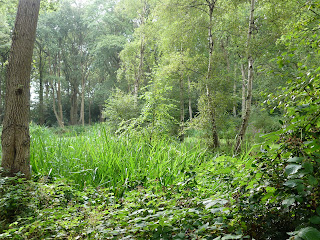 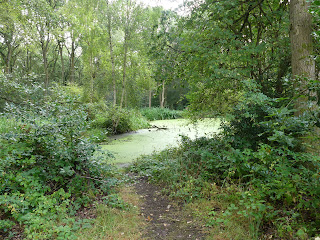 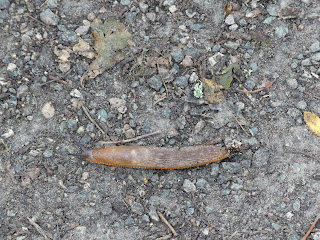 We've just returned from a few days in Herefordshire and I'll do a few posts next week. We mainly visited places we've been to before but I did manage to visit one new church.

All photos taken by me with the Panasonic Lumix FZ330 bridge camera.

Palmer's Rough is a strange name, but looks a good place to explore.
I'm still struggling to wade through The Inklings, hampered by not being able to properly hold a real book now.

Rustic Pumpkin - Thank you and I agree about the name!

I had to read The Inklings in short doses! It took months to read. I can imagine it must be very difficult for you - so sorry.

What a pleasant reserve, not exactly for my speciality of botany but still looks very serene

Edward Evans - Thank you. It must have been a real bonus for nearby residents during lockdown!
I do hope you enjoyed your recent holiday and Herefordshire.

Palmer's Rough looks delightful and your photos are lovely. Glad you are still enjoying the Joy Ellis books, I like the way some of the same characters are used in both series of books. I've enjoyed all the Scilly Isles books by Kate Rhodes, it's funny how occasionally some books have editing problems, I've had one or two like that but not recently. It also hapened to me when I tried to enlarge the font and pages were repeated. I wondered whether the Whitby Murders woud be a good buy, I've read the others by that author but they were getting a little 'samey'. I've just read the latest Wesley Peterson book and really enjoyed it:)

Rosie - Thanks so much. Yes thoroughly enjoying the Joy Ellis books :) I've had a few other books too from Amazon with poor editing but not as bad as the Kate Rhodes book. I wonder though if I changed the font size as sometimes I do depending on size of print. Yes, I found the Yorskhire Mystery Murders series was a bit samey. I think possibly this is a bit different but not that much! The Welsey Peters books are all a brilliant read :) Although I've still not gone back and read The Plague Maiden!!!

Currently I read mostly non fiction books with the exception of the occasional historical novel.

Cherry Pie - Thank you - I am usually reading one fiction and at least one non fiction at any one time.