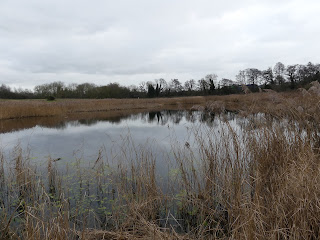 Marsh Lane Nature Reserve is located near Berkswell and is adjacent and in the flood plain of the River Blythe - a Site of Special Scientific Interest (SSSI). Some of you may recall seeing a section of the River Blythe when I've visited Brueton Park in Solihull in the Spring. A company (now known as CEMEX) began extracting sand and gravel over a 75 acre site in 1995 and extraction ceased in 1999. Following this the land was restored by what was then called RMC Aggregates and the owners of the land - Packington Estates. The site was opened to permit holders in July 2001.

The habitat consists of three main pools, several smaller pools, reedbeds, woodland, grassland and some agricultural land - one field is used to grow crops for finches to feed on. There are eight hides. At May 2018 the site bird list stood at 203 birds.

I became a member about 5 or 6 years ago following conversations with several birders at Brandon Marsh NR who all praised the site. It has the huge advantage of being only about 20 minutes from home by car and there are several car parks all behind padlocked gates so it was somewhere I felt happy about birding alone before B retired. The other good feature about the reserve is that it is always quiet - yesterday we saw just one other person. Sadly, I haven't been so often recently for one reason and another but I do hope to visit more this year (the site is good for butterflies and dragonflies in the summer).

The light wasn't good for photography being very dull and gloomy and there aren't too many bird photos - they were either too distant from the hides or too flighty out in the open!

The feeders in the car park were full of Blue and Great Tits, Gold and Greenfinches, Robin, Blackbird and Reed Bunting. 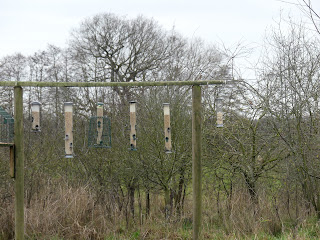 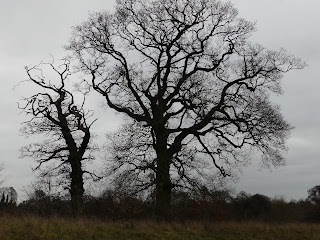 We set off along the North Causeway which contains two hides overlooking pools/reedbeds. 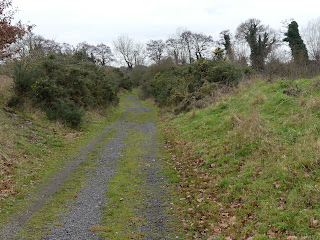 Gorse was flowering profusely and there is an old saying that when gorse is out of bloom kissing is out of fashion which refers to the fact that gorse is always in flower somewhere throughout the year. 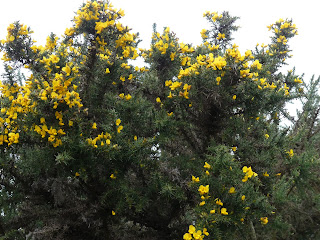 View of Car Park Pool from one of the reedbed hides - we saw a pair of Little Egrets here. 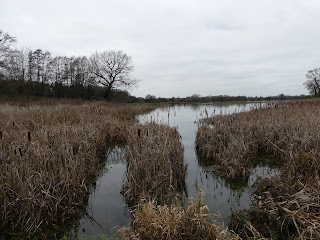 Walking towards Oak Hide - we say two Jays flying across the grassland. 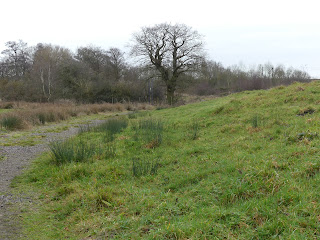 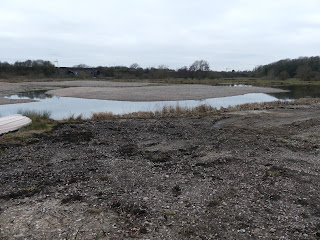 Distant Lapwings and a pair of 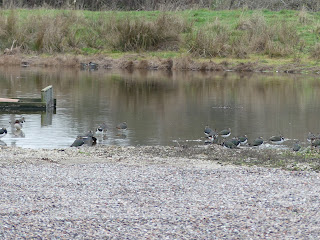 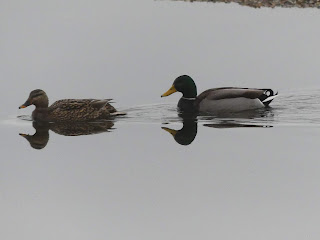 While walking by Railway Copse we saw a flock of Lesser Redpoll feeding on Silver Birch seeds and Alder cones. I nearly managed a photograph but a train nearby frightened the flock off as the camera was focusing! 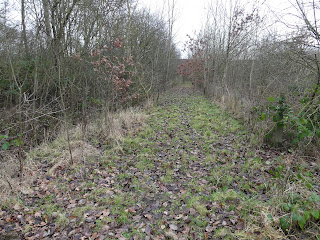 A pair of Bullfinches were feeding on these berries - again too distant for a photograph. 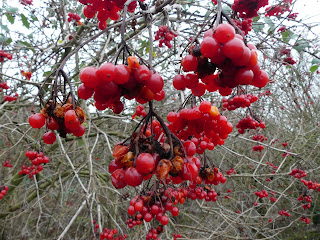 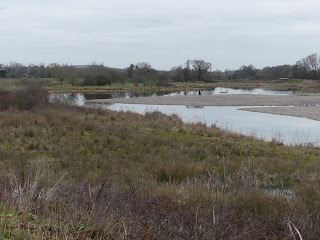 Siden Hill Wood - I've never been to this part of the reserve which has a separate entrance and car park. Perhaps a visit this year............. 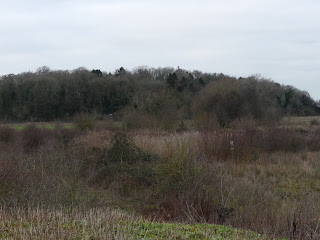 A railway line runs along one side of the reserve - which reminds me that the dreaded HS2 line will cut across a corner of the reserve I believe (not the part we visited yesterday. 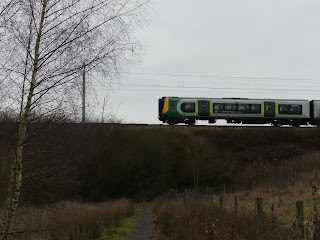 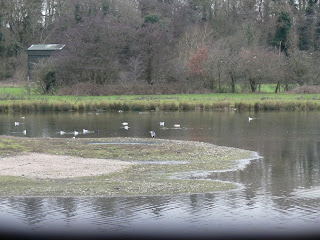 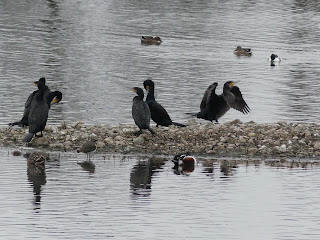 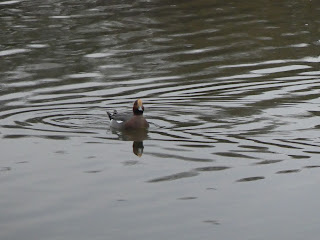 It was a very enjoyable couple of hours birding with 25 species seen - a good start to the 2019 year list :)

All photos taken by me with the Panasonic Lumix FZ330 bridge camera.

Looks like a terrific place to visit and I am sure you are happy with your membership. I am especially delighted to see the Lapwings, certainly one of the most enigmatic shorebirds in the world, and one I look forward to seeing whenever I visit the UK. For a while over the last twenty years or so my sightings seemed to get fewer and fewer with each visit, but I last visited three years ago and saw decent flocks in several locations, so perhaps they are recovering somewhat. I am sure that the spread of mechanized farming must have impacted their breeding success.

David Gascoigne - Thank you - yes it is a good reserve. I like Lapwings too and sadly they have declined due to agricultural intensification and also problems with chick mortality. I do see large flocks on nature reserves such as Marsh Lane, Ladywalk and Brandon Marsh but these days you rarely see them over fields as you did in the "old days".

What a wonderful 'early' bird list, RR! We have Waxwings not far away and I would love to see a flock this year. We saw some in 2017, but only on a dark day when they were very high up in the treetops.

Caroline Gill - Thanks so much. Wishing you good luck with the Waxwing search so hope you get better views - they are such a beautiful bird. I've been seeing reports of sightings too in counties near by so have started checking out berry bushes locally!! :)

Great post you saw lots of lovely birds. Nice to hear of greenfinches appearing again we have had a couple in the garden recently we used to have lots until a few years ago. Love the cormorants, it's always a joy to see jays too as they are very secretive birds. Grr at HS2 spoiling so much of our lovely countryside:)

Rosie - Thanks so much. It is great news that the Greenfinches have made an appearance in your garden. It is years since I saw one at home although having said that I haven't seen any sign of disease in any garden birds.

I dread to think of the disruption round here when the HS2 work commences in earnest :( So many habitats going to be destroyed including ancient woodland and you have to feel so sorry for people who will lose their homes or have the perishing thing quite close to them.

It looks a lovely place to visit, full of wildlife.

The gorse reminds me of when my dad made gorse wine and he took us along to pick the flower buds. It was a prickly experience!

CherryPie - Thank you - yes it is a good reserve.

Ouch re: the gorse flower buds! My dad used to make wine but I don't remember gorse! There was plenty of dandelion, elderberry, elderflower, damson etc.! I miss those wines - I tried myself but was never very successful!

Definitely a nice start to the year. It's lovely to see the splashes of colour. Grey seems to be the colour for 2019 so far!!

Pam - Thank you. The gorse was really quite uplifting! It is actually sunny and clear blue skies for once here today!