We always try and visit one or two Christmas Fayres each year.

We paid the Vintage Craft Fayre at Middleton Hall a visit - not many photos as to be honest it was busy and most of the activity was indoors so impossible to get photos without loads of people! 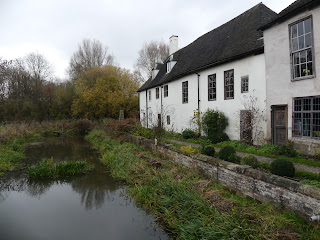 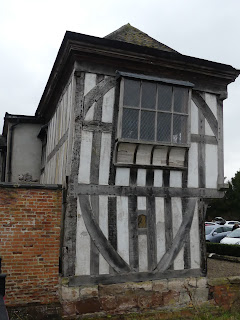 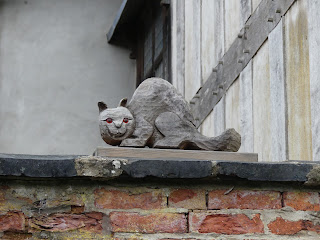 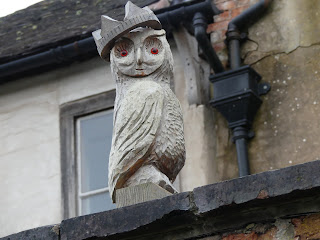 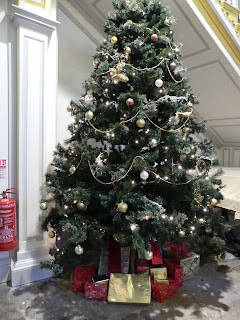 We've visited Ludlow Medieval Fayre and Worcester Victorian Fayre and this year we decided to go for the first time to Warwick's evening of Victorian entertainment.


We arrived quite early (as I was a bit worried about whether we would be able to park) and had a wander round before the fayre began at 5.00 p.m.The evening's events included entertainments on stage, turning on the Christmas lights, fairground rides such as a Victorian Ferris Wheel, helter skelter and roundabouts, street entertainers, morris dancing, Victorian market and craft stalls and the Christmas Tree Festival at St Mary's. 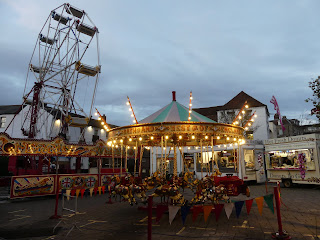 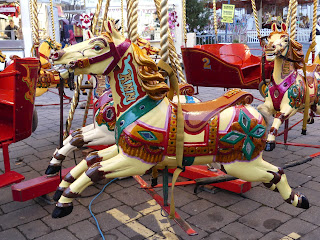 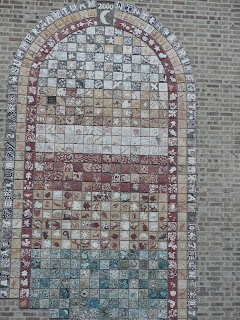 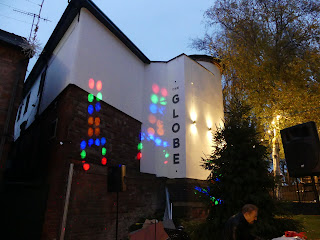 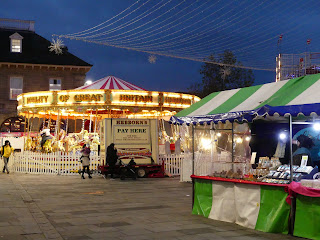 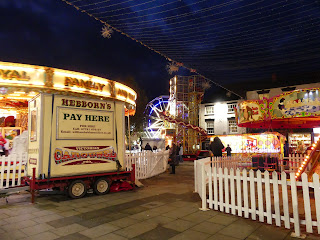 We had a coffee - Timothy was glad to be in the warm! - while waiting for D to arrive by train. 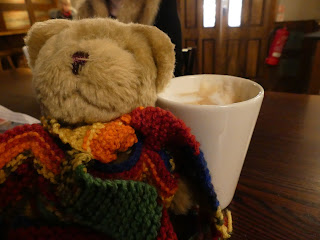 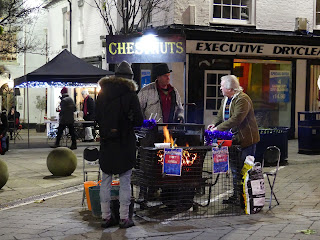 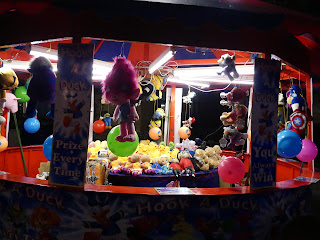 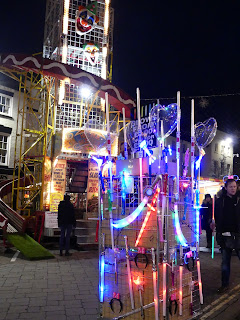 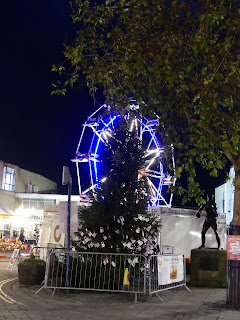 This bronze statue is of boxer Randolph Turpin, born in nearby Leamington Spa, who won the world middleweight boxing title and died in 1996. The statue was unveiled by Sir Henry Cooper in Warwick's Market Square in July 2001. 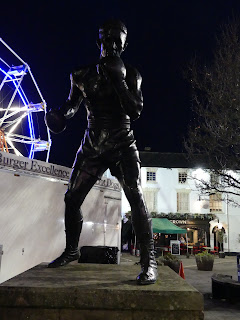 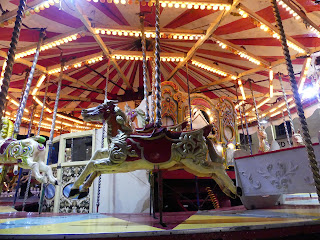 
Warwickshire's Bear and Ragged Staff and 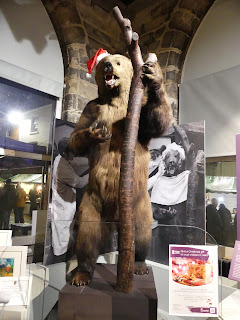 Oisin the Deer - mascot of the museum with his own twitter account! Oisin is an extinct male Giant Irish Deer (Megaloceros giganteus) discovered in an Irish peat bog in the 19th century. The species lived around 500,000 to 8,000 years and measured 2.1 metres at the shoulder. The reason for its extinction is not known but may have been due to several factors including climate change affecting the growth of grass - a major food source for the deer. 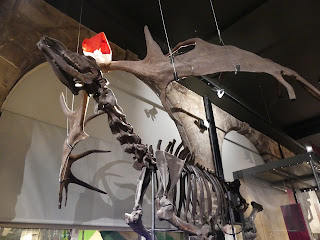 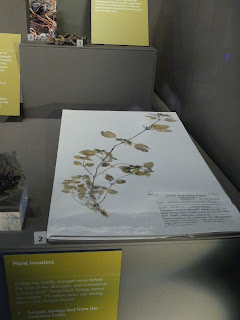 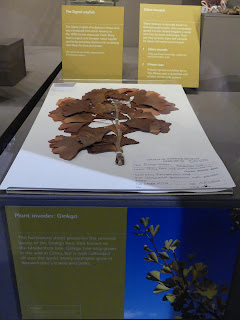 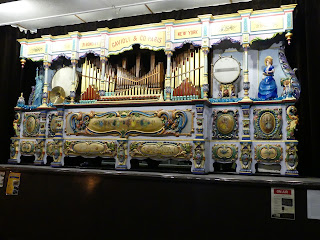 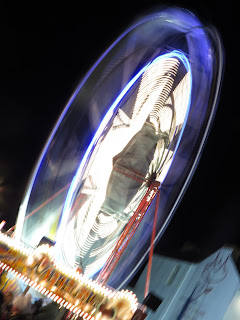 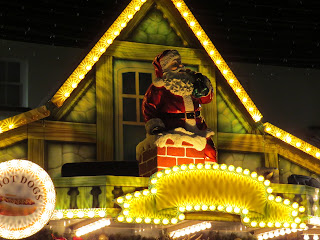 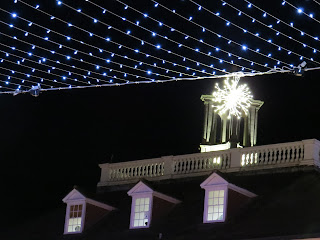 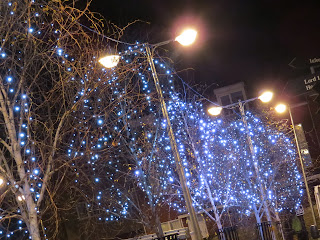 We also visited the Christmas Tree Festival but I will write about that in a separate post.

Rest of photos taken by me with the Panasonic Lumix FZ330 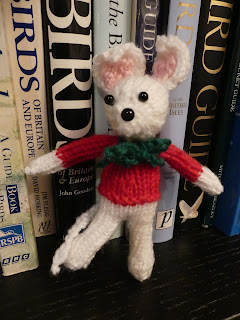 I considered visiting our local Christmas Market until I looked at how many streets were closed to traffic. It seemed some of the car parks would be out of bounds.
Love that 'imitation window' made with tiles.
Would love to have heard that Gavioli organ. Years since I heard one 'in the flesh'.
Sign of the 'elf and safety mad' times when the hot chestnut or hot dog vendor has to put up notices warning it is a hot area.

Midmarsh John - Thank you. I suspect parking may have been a problem if we had gone later. Last year I was keen to go to the new Christmas fayre at Stratford but I gather it was sheer mayhem with the traffic so was glad in the end we decided not to go! Worcester we have parked ok if extortionately! but Ludlow was a complete and utter nightmare!

There were two of the "imitation windows" will try and get more photos as I am sure we will go back to Warwick - I have fallen in love with the town!
The organ was playing outside the church and it was superb!

Elf and safety these days often drives me mad!

In recent years I never seem to get the time to visit such lovely Christmas experiences.

i love Holly the mouse. Christmas markets are fun to visit and this one looks interestig

How lovely, I must get to Middleton Hall one day, the carvings are wonderful. Everything looks very festive in Warwick and there is the bear I mentioned in my comment on your last post. Love your Holly Mouse:)

What a cute little mouse! :) I must admit i'm a sucker for Christmas, we saw our towns light switch on at the weekend and we're planning on visiting lots of Christmassy places over the next couple of weeks! It looks lovely there :)

CherryPie - Thank you - yes it was fun but by the time we left horrendously busy!

Margaret Adamson - Thanks so much. It was an interesting fayre and different being in the evening.

Rosie - Thanks Rosie - Have just seen your comment about the bear! It has a prominent place in the entrance of the market hall museum. I am sure you would love Middleton Hall but do visit their website to check opening times (not open much in the winter). I find the Ray/Willughby connection particularly fascinating.

Pam - Thank you - so pleased everyone likes Holly the Mouse :)

I am not too keen on Festive Markets but I do like old fashioned round-a-bouts and steam organs; and, especially, hot chestnuts!

Seems you both enjoyed yourselves.

Toffeeapple - thank you - to be honest I had never heard of him until I did a google search!

To be honest I always find the crowds overwhelming at such events. It wasn't too bad when we arrived but by 8.00 p.m. you couldn't move in the market square for all the people so we came home! It is just something we have got in the habit of doing as a family and it can feel quite Christmassy. Usually I try and escape to a church or a bookshop nearby if it gets too much :)

Hello Holly. Love the owl at the first fair 😊

Pete Duxon - Thank you and Holly waves back :) Middleton Hall is a rather interesting place :)

I love Holly the Mouse! I hope she has become friends with the bears...

Caroline Gill - Thank you so much. Yes, Holly has become friends with the bears :)