My son was on holiday yesterday and was keen to go on a circular walk around the Warwickshire village of Wootton Wawen situated 6 and a half miles north of Stratford-upon-Avon. It sounded a good idea especially as there is a Saxon church there which is one of the oldest (if not the oldest) in Warwickshire.

As we arrived the weather deteriorated with light rain falling so we decided to visit the the church of St Peter's first. A timber and thatched church was first built on this site between AD723 and 736 and then between 970 and 2040 Wagen, an Anglo-Danish landowner established the church that stands today.

St Peter's Church - the scaffolding is due to stonework repairs. The church is normally illuminated at night and when I've driven past on my way to Stratford it makes an impressive sight. 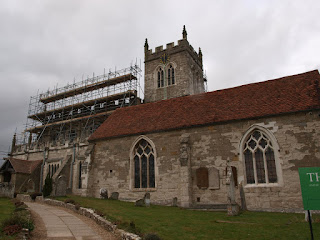 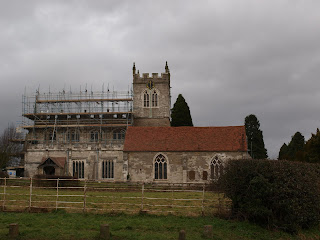 The octagonal font is fourteenth century and is decorated near the base with eight sculptured heads. The Victorian stained glass is set within a tracery window dated around 1300 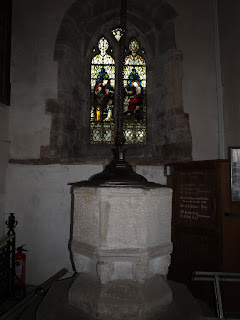 Coat of Arms of George I, 1st Hanoverian king 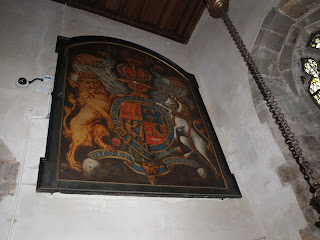 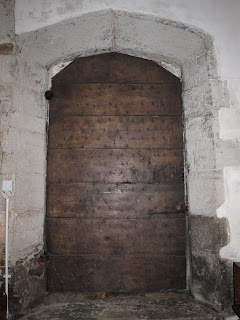 Thirteenth century window containing some of the original stained glass 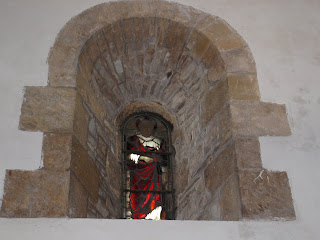 Te Deum window 1905. The stone heads on each side of the window date back to the fourteenth century 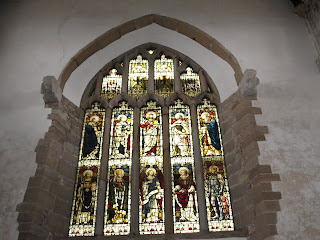 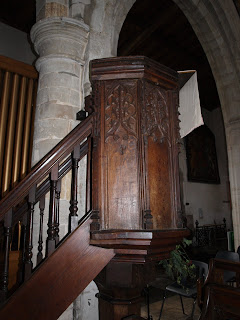 I managed to take a picture of a stained glass window without flash! 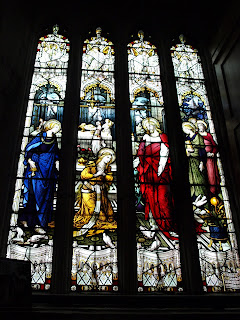 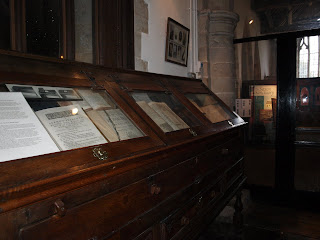 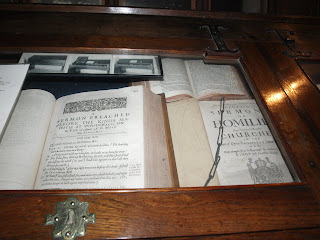 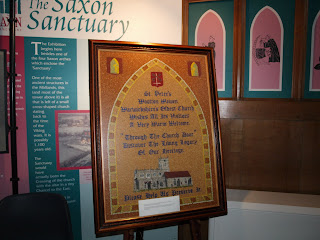 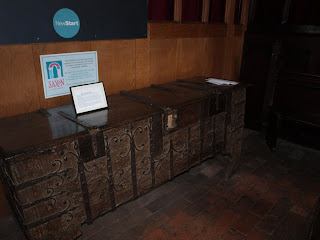 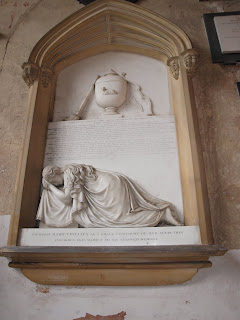 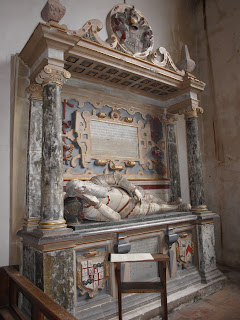 In the next two photos traces of early fourteenth century red wall paintings can just be made out behind the monuments. 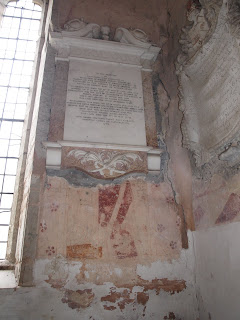 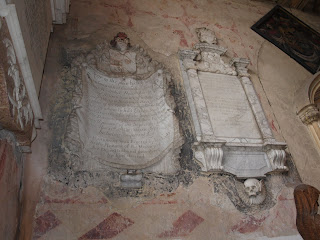 Legend suggests that the crosses engraved in the stone of the porch were made by pilgrims and crusaders - note my son had to point them out in case I missed them! 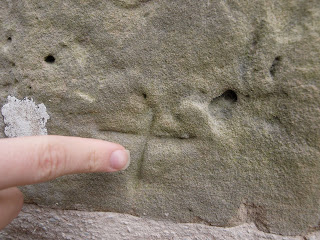 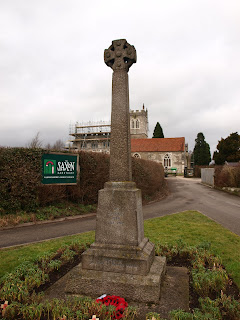 Wootton Wawen Lodge with Wootton Hall in the background 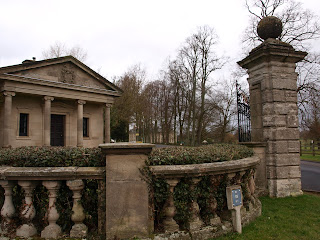 I rather liked this sundial on the side of a cottage 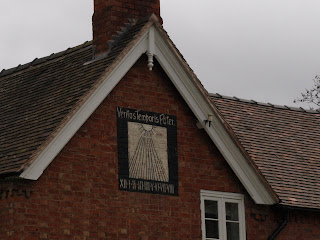 It was still trying to rain and the wind seemed to have got even stronger so, much to my son's disgust, I suggested we abandon the idea of a four mile walk and retire to a nearby hostelry for lunch - I do like my pub lunches!!! 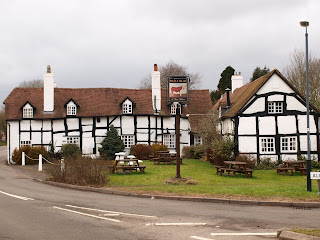 The Bull's Head is probably sixteenth century - one of the fireplaces inside is dated 1697 but there is a building stone giving the date as 1317. It is certainly very old and one could almost imagine William Shakespeare sitting near one of the fires. I had a delicious (but unhealthy!) lunch of chips with aioli dip and David had cheese and branston on toasted ciabatta with chips. 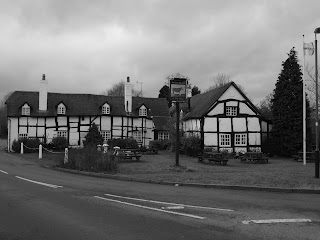 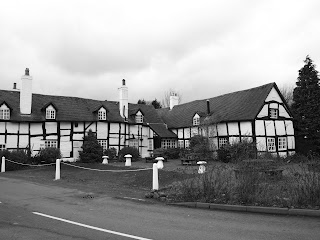 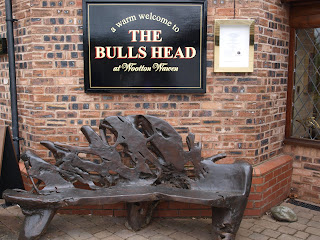 I have a feeling we shall be visiting again as David is adamant he still wants to do the walk!

Reference: The Saxon Sanctuary Handbook
Posted by Ragged Robin at 19:10

its a nice part of the world and a nice chuch. visited about 6 years ago

Thanks Pete. It is lovely round there and it was nice to find a church open :D